If the Oak tree grew from a small seed planted in the ground, then there is no telling the impact that a small idea can have on fertile minds in far flung places. Welcome to the Sound Chat Media Network, home of Sound Chat Radio (SCR), a 24-hour, online medium, purposefully positioned right on the cutting edge of the digital super highway, driven by technology.

Ten years in the making, Sound Chat Radio is the brainchild of Garfield ‘Chin’ Bourne, CEO of Irish & Chin, best known for their hardcore dancehall productions, coast to coast and around the world for the last quarter century!

Considered an entertainment and media visionary, Sound Chat Radio is not the only brand that Bourne has built from scratch, as he is credited with conceptualizing and popularizing other internationally recognized brands in the entertainment space such as World Clash, Reeewind and the renowned Japanese sound system, Mighty Crown.

To say he has ‘been there, done that’, would be the understatement of the decade! Here’s why. At just 10 years old, SCR is one of the world’s largest Caribbean radio platforms” Entertaining Through Music & Educating Through Conversation”. Currently, the network boasts a high profile and diverse roster of renowned radio personalities, DJs, sound system operators and journalists/jocks whose shows feature music, exclusive interviews and cutting-edge news perspectives and content. 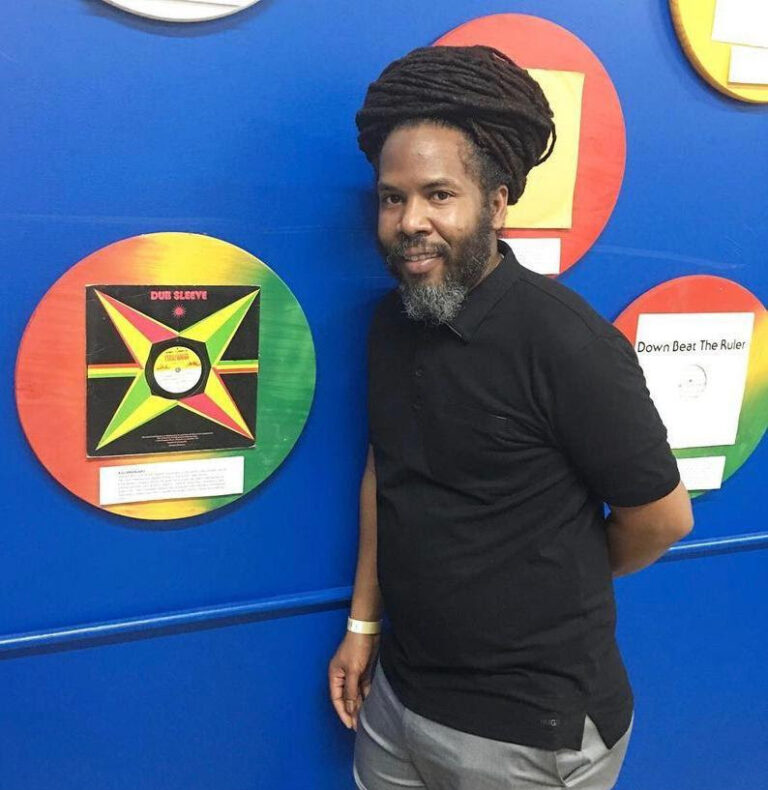 ‘Chin’ as he is affectionately called by colleagues and contemporaries, prides himself on Sound Chat Radio’s unorthodox style of radio, which is extremely vocal, interactive and visible. The very innovative platform which combines radio with TV and vice versa, connects the Jamaican Diaspora with timely and important topics that span; politics, business, sports, health, entertainment and more.

In short, if you can speak it, SCR will broadcast it. ‘Dat dem seh..! The diverse listening audience ranges from 28-71 years old. What started as a one-of-a kind ‘talk show’ many moons ago, would soon morph into a 24-hour, online station and is now considered the blue print for sound-based programming, spawning scores of similarly formatted shows, globally.

To show his support and that of his staff and on-air talent, ‘Chin’ made sure to give back to the community throughout the years and in many ways, despite the challenges and protocols associated with the pandemic.

As it turned out, scores of listeners and patrons braved the conditions and the constraints at Easter, Memorial Day Drive By BBQ, Thanksgiving Dinner (which benefited nearly 100 families), and the Christmas Grand Market Toy Give-Away (to children of listeners as well as to a community school PS 223) to showing up at the flagship location in Queens, NY. All in attendance were most appreciative of the company’s kindness and demonstration of its corporate responsibility.

And on Saturday, January 29, 2022, the community of colleagues, politicians and close associates braved the inclement weather conditions for a live, in-person ‘appreciation affair’ for the big benefactor, Garfield “Chin’ Bourne, himself.

Planned behind the scenes and without much fanfare, the usually vocal DJ, was visibly surprised when he was presented with a citation from the Office of NYC Public Advocate, Jumaane Williams, recognizing his pioneering spirit in media and culture.

The presentation was carried live on WVIP, 93.5 FM and included messages and remarks from colleagues from Irie Jam, Link Up, Grooving Radio, among others. “This recognition is well and long overdue and deserving by someone whose core value is to recognize and award the unsung heroes of Jamaica’s popular culture,” noted a member of the team who asked not to be identified.

It was a first for Bourne, and the fact that appeared lost for words when it came time for a response, would seem to suggest that he was humbled and honored to have been so recognized and in such a dramatic way, at that!

t is safe to say, the first decade was the foundation. So now, the time is for upward growth and expansion. Daily morning and afternoon programs have been added for greater engagement. The aim there will be to provide a voice for the Diaspora to inform, discuss, explore & lobby for change in Jamaica & other Caribbean islands, especially related to health, commerce, criminal justice, public safety, community development and civil responsibility. The program additions will also create an opportunity to expand advertising reach for our corporate clients & future prospects.

Right next to the radio, is a television medium – Sound Chat TV – which features the stories of contributors to Reggae and Dancehall music and culture. The historical perspectives hail from both little known and well-known talent, who tell their unprecedented stories and often best-kept secrets.

Also, sound system inspired, this programming aims to preserve the personalities and perspectives that have and continue to shape the history and development of Jamaica’s popular music and culture, voted a national treasure by UNESCO, just before the pandemic turned the world on its head!